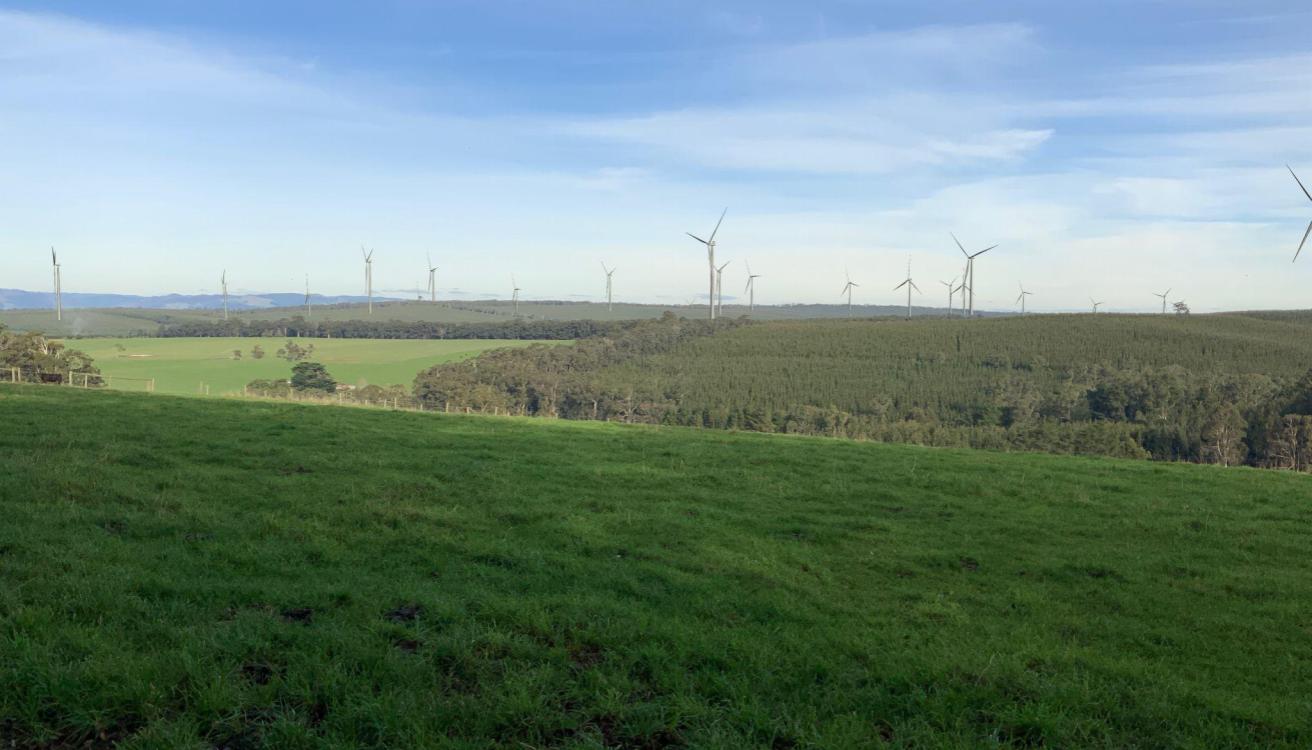 In late March 2022, we were delighted to learn that one of our projects, Delburn Wind Farm, had received the green light from the Minister for Planning, the Hon. Richard Wynne MP. We talked to UPco Associate, Anna Thang, who worked on this project in partnership with DB Consulting.

Congratulations on the approval of this application, Anna! What has the process been like?

“Thank you – it’s certainly been a long journey, so it’s very exciting news. We have been involved in the project since 2020, but it had been in the works for a couple of years prior to that. As the lead on the project for UPco, I’ve been working closely with our partner, Debra Butcher, who’s a specialist in the renewables space. It’s been the first wind energy facility I’ve had the opportunity to work on, so it’s been an excellent learning experience.

Currently, approvals for wind energy facilities can only be granted by the Minister for Planning. A Planning Panel was appointed to help him make his decision – and they certainly had a big job to do. A twelve-day long hearing was held where various technical experts, government representatives and community members could present information. And from there, the Panel made their recommendations. With so many inputs influencing the decision-making process, it was a relief to get the approval.”

For those who don’t know about the Delburn Wind Farm, what makes this project so significant?

“The scale of the project was one of the things that made the planning process challenging, as it’s spread over three Local Government Areas: Latrobe, South Gippsland and Baw Baw. Each one of those Councils has its own Planning Scheme, which needed to be considered in detail, and we had to lodge three separate applications for the wind farm.

Another thing that makes Delburn notable is that it is going to be the first plantation-based wind farm in Victoria – meaning that it’ll be located on an existing pine plantation. This is advantageous in a number of ways, including the fact there are existing access tracks and limited impact on native vegetation. The site is in the Strzelecki Ranges, south of the La Trobe Valley, where the decommissioned Hazelwood Power Station was situated. There are many synergies in locating the wind farm here, including the ability to connect to an existing transmission line and potential to harness the knowledge of the local community whom may have experience in the coal and power industry.”

Why is the planning process for wind farms so complex?

“The scale of the project means there’s literally a lot of ground to cover – the wind farm will be set over 4,778 hectares of land comprising 33 turbines, and we need to examine every last piece of the site, and consider how it may be impacted by the development. And it’s not like a 200 square metre site, where you can physically inspect most of it – it’s just too vast! So, a lot of research and due diligence is required to ensure we don’t miss anything, like a tiny dwelling or a small area of heritage overlay.

The impacts we need to consider are also numerous and complex. Some more obvious than others – for example, visual impact and noise are always big issues, as well as bushfire considerations and environmental impacts including potential loss of wildlife habitat. But there are many other potential impacts too, such as reflection off the blades and shadow flicker, or potential electromagnetic interference to television and radio or to internet access.

There’s also the question of establishing viability, which takes a mind boggling amount of time and money! Will the site get enough wind? Is there an existing transmission line to the grid? Are there any existing dwellings nearby? How accessible is the site during construction? There are a lot of questions you need to answer before you can even start a planning application.”

What surprised you most about this project?

“With projects like these, there is typically a lot of objection from local communities. But I think the tide is really turning towards renewables and that was reflected in the submissions we received about the Delburn Wind Farm. There were about 700 submissions – but over 400 were in support of the project. That was a nice surprise.”